Sing along with famous hits from then with the fun-brass band Sixpack.

Do you also want a sound that suits the branding of your company? EPIC, metal, orchestral, pop, rock or EDM? I write the music that gives your company or product the sound it needs!

For my own music productions I have developed a new and international logo. 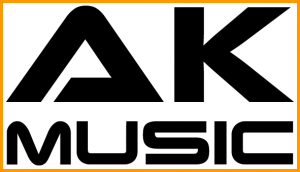 February 1st I start with a 3 month Masterclass Totally Tuned. The platform where songwriters, producers and composers write music for companies and organizations.

My assignments can be listened to on my Soundcloud page.

On Thursday, December 14, 2017, I sing a number of Crooners and a duet with Marieke van Middelkoop during the Crooners in the Snow Show at the Boemel theater in Tilburg. 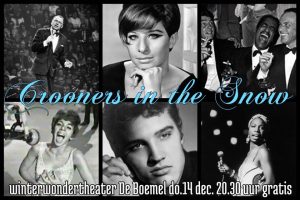 In June 2018 I play Sir Danvers in the musical Jekyll and Hyde of the foundation Musicals in Helmond. 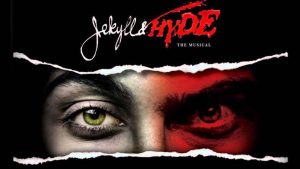 At this moment I am writing the children's presentation of MONEY.

MONEY is an interactive 6+ children's performance and answers the main question; "How does money end up in your wallet?"

The children's presentation MONEY can be easily presented on location.

More information? Take a rest Contact on with me.

For the music theater piece El Torro I am writing music and song lyrics.

The music is composed for a symphonic instrument with woodwinds, strings, brass, percussion, piano and guitar.

'In search of happiness' is written by Anton Kwantes and is about Paul, a middle-aged man, who leaves everything he has left and goes to southern Europe. Will Paul find his happiness?

'In search of happiness' takes about 30 minutes and contains 7 Dutch pop songs, which are also written by Anton Kwantes.

In a well-stocked Billyemakerij, the MuziekTheaterMakerij released the Try-Out of the Singer without a Name on Friday January 13th.

From the first musical note, the audience picked up the atmosphere and sang along with the classics of the singer, after which they listened again and enjoy playing and story.

A story about the return of the singer in Paradiso Amsterdam until the farewell in the late 1980s in the Schouwburg in Tilburg. Of course, Johnny Hoes plays an important role, which in the pub of Joop does not have a good word for the singer.

Special thanks were given to Caat Hutten, who played the guest role of child excellently, without having had a rehearsal beforehand.

After the Try-Out, it turned out that the piece was just a bit too short. For the premiere this has been adapted and the public will be treated to a beautiful show that lasts almost one hour.

The Singer without a Name can still be seen on 20 and 21 January at 20.30 in theater Bleyemakerij de Boemel 76 in Tilburg.

Admission is free to reserve is desired.